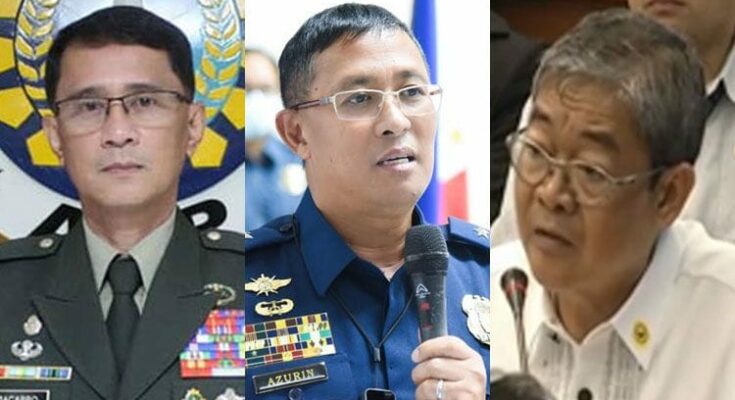 The new appointments were announced on Monday, August 1 by Press Secretary Trixie Cruz-Angeles. She said the change of command for the AFP chief would be on August 8.

Bacarro, currently chief of the Southern Luzon Command (AFP-SOLCOM) is an alumnus of the Philippine Military Academy (PMA) “Maringal” Class of 1988.

“Azurin is a well-rounded police officer, having served the PNP in various capacities, both in police operations and administrative work,” the Office of the Press Secretary said in a press release.

De Lemos has been with the NBI for 37 years and is the bureau’s most senior officer.