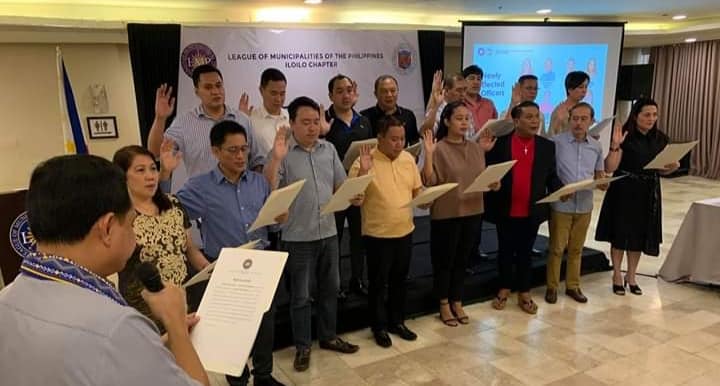 Mayor Trixie Fernandez of San Enrique vowed “to do my best” to work for one LMP (League of Municipalities of the Philippines) Iloilo.

In her oath-taking speech as president of LMP Iloilo Fernandez thanked Governor Arthur Defensor Jr. for the continuing support to the league even as she expressed “hope to transcend political color” among Iloilo mayors.

Gov. Defensor agreed with Mayor Fernandez. “I am looking forward to work with you,” the governor said as he noted that “no town is a stand-alone unit.”

Defensor elaborated on the governance thrusts for a viable waste-to-energy program and a doable landfill project at the town level. He said that proposals for district level sanitary landfill were saddled with problems of social acceptability.

“We worked as one against dengue,” Defensor said as he exhorted the mayors to follow through. /jft