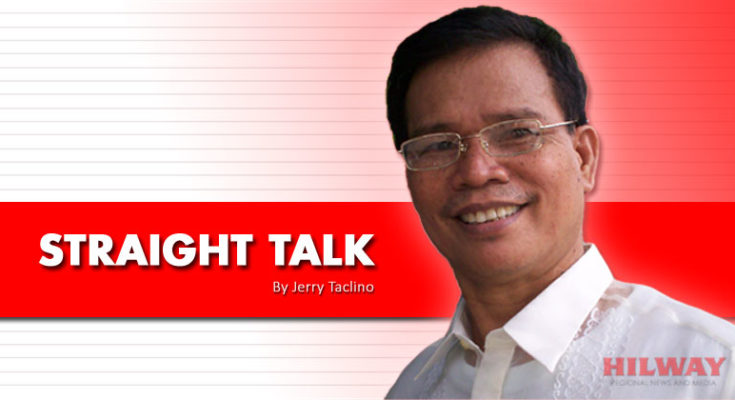 “If something can go wrong, it will.” I prefer this simple explanation from among several other variants regarding the oft-quoted Murphy’s law.

So Murphy’s law were largely to blame for that sea tragedy off Iloilo strait that resulted to the death of 31 people on board 3 ill-fated passenger boats during a rough windy Saturday of August 3, 2019.

The weather bureau issued no gale warning anywhere near the Panay area. After all, tropical depression Hanna were far off north Luzon that day. No reason then for the Coast Guard to keep the pumpboats at bay.

But it’s the month of August. Almost always strait crossing is a challenge. And squalls did happen starting around noontime that day, making puny work of flipping the two boats Chi-chi and Keziah-2 trying to reach Jordan wharf in Guimaras from Iloilo City.

Funny but barely two hours into the successive sea tragedies, another boat Jenny Vince in nearby Buenavista wharf braved the weather. It met the same fate as the two other boats, never reaching its destination Iloilo City.

Now obviously more than Murphy’s law and ineptitude by the Coast Guard, add the foolhardy mindset of ‘sakayanons’ (homegrown sailors particularly). We heard it so many times before: “kalapit – balod lang kag hangin, sarangan ta ina..” (it’s short distance -these are only waves and wind).

Opposite this spectrum, every now and then at the Iloilo-Guimaras strait a spectacle happens.

Passengers of motorized boats were held and barred from plying the waters due to storm signal number 1. Even when the sea were dead calm for days on end. (HilwayNews/jft)