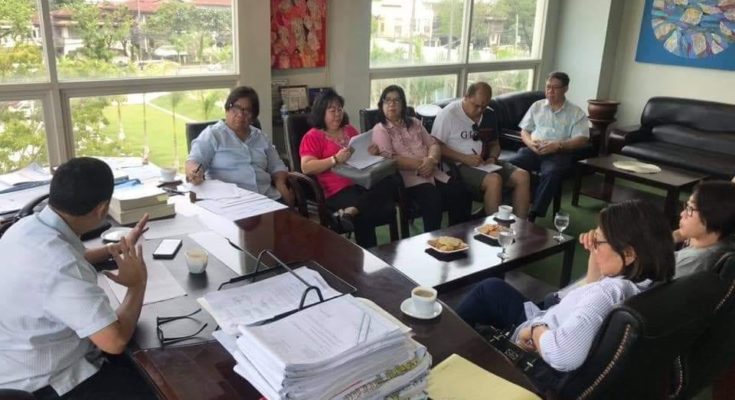 ILOILO CITY – The surge of dengue cases breaching the 106,000 total in the country as of yesterday, July 14 has increased by about 85% compared to last year’s, according to health Secretary Francisco Duque who raised a national health alert ‘Code Blue’ on dengue today.

Gov. Defensor met with heads of the seven private hospitals in Iloilo City this weekend for a joint effort to accommodate dengue patients crowding the government-run hospitals in various towns of the province.

Dengue infection which has no known cure and can be fatal is transmitted by the Aedes Aegypti mosquito.

______________
NO HOLIDAY VERSUS DENGUE: Iloilo Governor Arthur Defensor Jr. presides over yesterday’s (Sunday) meeting of department heads at the capitol to tackle on the problems posed by the dengue outbreak.