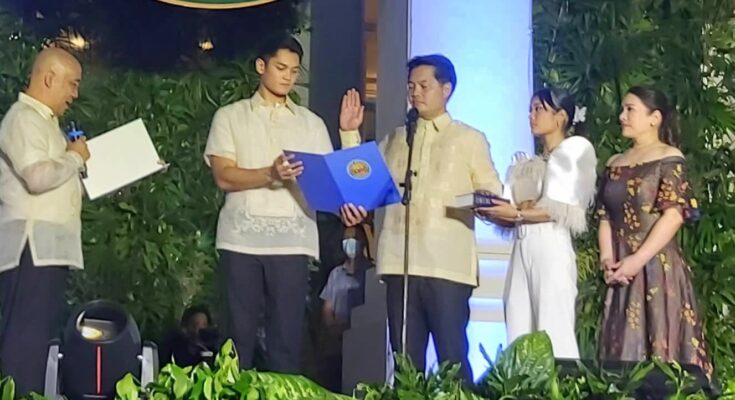 “TO CHART A NEW PATH, BE A GAME-CHANGER”: Bacolod City Mayor Alfredo Abelardo ‘Albee’ Benitez at his June 30 inaugural speech.

“Our priority is establishing the Bacolod Comprehensive Health Program as soon as possible. I now reiterate to allocate the biggest portion of the city’s budget to health,” Benitez said.

Benitez vowed to re-engineer transaction systems in the local government and improve front-line services for efficiency and transparency.

“We will invest in the rehabilitation of barangay or even private roads and open these to traffic to decongest our major roads,” the mayor explained.

He added that “our top priority also includes re-skilling of the workforce. We will build smart classrooms, provide digital devices to students and teachers for a permanent shift to digital learning”.

Albee Benitez took his oath of office as the 43rd mayor of Bacolod City, during ceremonies held at the Government Center grounds in the evening of Friday on June 30, 2022.