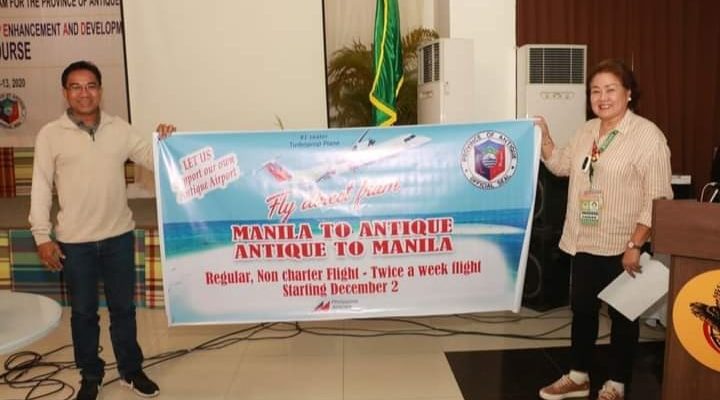 Antique Gov. Rhodora Cadiao announced that instead of flying in from Clark Airport in Pampanga, PAL will fly from the Ninoy Aquino International Airport in Metro Manila.

PAL will likewise have two flights weekly in this new route, the governor said.

Cadiao also bared the possibility of having the Airbus 320 of PAL flying the Antique-Manila destinations by around the first or second quarter of 2021.

The Antique Airport runway has been undergoing extension works for sometime and is expected to be fully serviceable for bigger planes early next year.