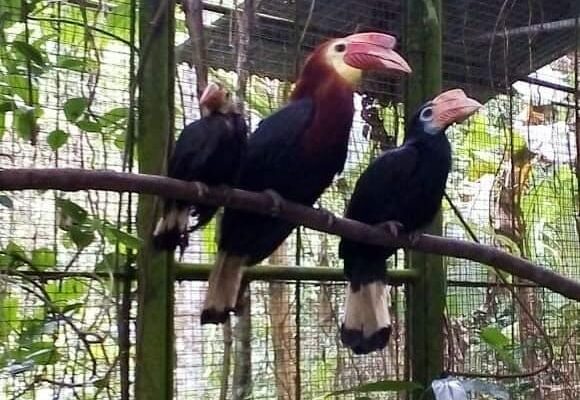 A couple of Dulungan (Rhabdotorrhinus waldeni) in the care of Mari-it Wildlife and Conservation Park in Lambunao, Iloilo successfully produced one hatchling, the town’s information office said.

The successful breeding in captivity happened after five months of nesting. The breeding behaviour of R. waldeni is most interesting because they mate for life which makes it further difficult to increase their population.

“The female R. waldeni seals herself in tree trunk holes for 100 days relying on her male partner and their chick for food. If the male is poached or hunted, his family left in the nest would starve and die.”

The Dulungan are omnivores – feeding on insects, fruits and small animals. They are capable of flying distances for fruits bearing trees, hence, giving them an important role in seeds dispersal.

There are 11 hornbill species in the Philippines, of which three are critically endangered and the rest are threatened by habitat loss, poaching and hunting.