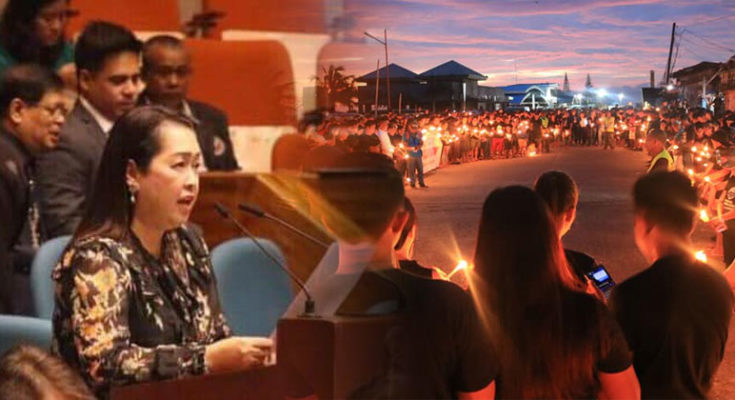 Multi-sectoral lobbies calling for the reversion to a system of Iloilo strait travel prior to the August 3, 2019 sea accidents that killed 31 people have so far fallen on deaf ears of government authorities in Manila.

Private sector advocate Hugpong Guimarasnon spearheaded a ‘unity walk’ on September 15 and ‘candle-lighting protest’ last September 3 to plead for a routine sea travel the islanders have been used to.

The Guimaras provincial board passed yesterday Resolution 266 “imploring ” administrator Narciso Vingzon Jr. of the Maritime Industry Authority (Marina) to approve the design criteria for the ‘installation of canvass and fixed shed to motorbancas plying the Iloilo-Guimaras route.”

Earlier, Guimaras Rep. Lucille Nava in a privileged speech at the House of Representatives in session on August 13, 2019 has called for urgent “priority interventions.”

Among others the Guimaras solon batted for the “extension of the moratorium on the Certificate of Public Convenience for motorbancas” subject to reasonable compliance with Marina rules.

The stiff regulations on Iloilo strait travel imposed by Marina and the Coast Guard have severely hurt Guimaras tourism and economy.

Fred Davis, spokesman for Hugpong Guimarasnon said that hundreds of families who depend on motorbancas and the ancillary services at Jordan and Buenavista wharves were strangled and hung out of their main source of livelihood because of government indifference. /jft